Welcome to my academic homepage 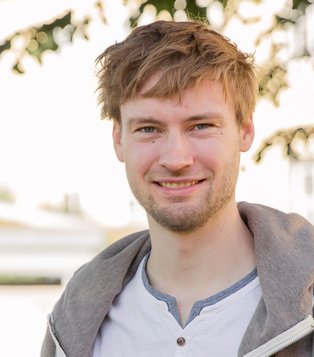 My name is Claudius Gräbner and I am an economist working as a Junior Professor (W1 TT) at the Europa University Flensburg (Germany) and as a research associate at the Institute of Comprehensive Analysis of the Economy (ICAE) of the Johannes Kepler University Linz (Austria). I am also a research fellow of the Institute for future-fit economies (ZOE).

My research is mainly concerned with the socio-economic effects of globalization, the determinants for international competitiveness, economic complexity, institutions and socio-economic development. Besides, I am also interested in economic methodology, in particular how economic models can be helpful in understanding real economic systems.

On this homepage I provide some information and material about the research projects I am responsible for, my teaching and lecturing activites, my research, and myself.

I am currently working on the following third-party funded research projects. Additional information is provided on this page.

Here you can also find information about my research in general.

Country capabilities, product complexity and finance in the EU

Funded by the National Institute of Economic and Social Research (UK)

Talk at the Zeppelin University on "Complexity Economics - an alternative to the equilibrium-based approach of neoclassical economics?"

On November 17 I gave a lecture in German on the central pillars of the research program of complexity economics, and how it differs from (and can be an alternative or a complement to) the equilibrium-based approach that is very representative for the economic mainstream today. I was invited by the group EconoMix and the slides of the talk are available here.

Talk at the University of Kiel on "What is pluralist economics?"

On October 19 I gave a 30 minutes lecture in German on the topic "What is pluralist economics/Was ist Plurale Ökonomik?". I was invited by the group Rethinking Economics Kiel, who organize the public lecture series "Wirtschaft für Alle! - Plurale Perspektiven für eine zukunftsfähige Ökonomie". The slides of the talk are available here. There is also a recording of the talk that is available via Youtube.

As of October 1 I am working at the Europa University of Flensburg in Germany. I am very happy to join the International Institute of Management and Economic Education (IIM) as a Junior Professor for Pluralist Economics. I will also work closely with the Norbert Elias Center for Transformation Design & Research (NEC) and I am very much looking forward to this new opportunity. I will post some explanations about what I belief a Professor for Pluralist Economics should do in the upcoming weeks since I expect many people not to be too familiar with the concept. For now, however, I just say that I am very happy to join the Europa University in Flensburg, but also feel sad for leaving the great Institute for Socioeconomics at the University of Duisburg-Essen, which was a great place for me to work.

Our paper Capability accumulation and product innovation: an agent-based perspective has now been published in the Journal of Evolutionary Economics. In this paper we study the implications of different degrees of product relatedness on innovation dynamics. More precisely, a population of firms invests into various measures of capability accumulation (as identified in this paper) and thereby learn to produce new - and potentially more complex - products that can then be sold on a market with exogeneous demand. The models shows that different structures of relatedness, which we formalize via artificial product spaces, have imporant implications on the overall dynamics, just as the distribution of complexity values within the product space and the structure of the product space as such. This is highly relevant for future modeling exercises since models often implicitly assume a complete product space, where each innovation can happen at any moment, or randomly distributed complexity values. Our model shows, however, that these implicit assumptions are very specific special cases and that any deviation from these special cases comes with important implications for the overall dynamics.

Paper on the determinants of capability accumulation published in Research Policy

I am happy that out paper "Theory and Empirics of Capability Accumulation: Implications for Macroeconomic Modelling" has now been publised in the journal Research Policy. The paper is concerned with mechanisms underlying the accumulation of technological capabilities on the firm and aggregated level. It begins with a methodological discussion about the actual carriers of such capabilities, which we propose to be firms rather than individuals. We then conduct an extensive literature review of the empirical literature in economics, management science and organization studies to delineate the major determinants of capability accumulation. After comparing these empirical insights with the operationalization of such determinants in existing micro and macroeconomic models we delineate some fruitful avenues of how these mechanisms can be modelled more directly. The motivation for this paper came, inter alia, from our previous research on the role of collective knowledge accumulation for polarization processes in the European Union (see here, here and here). I am also happy that another paper in which I and Anna Hornykewycz formalized one of the key mechanisms suggested in our review, the principle of relatedness, has also been accepted for publication, but this is not yet available (there is an older working paper version but we have revised the model considerable during the review process).

New blog on pluralism on developingeconomics.org

Birte Strunk and I wrote a blog that is based on our recent paper Pluralism in economics: its critiques and their lessons for Developingeconomics.org. Just as the paper, the blog is meant as a contructive contribution to the debate about pluralism in economics. Its main message is that many critiques of pluralism are misguided or address a strawman, but that there are two essential challenges for any pluralist research program: the quality challenge and the communication challenge, which can analytically be traced back to a fundamental epistemological trade-off between plurality and consensus. We would be glad for any feedback, either via comments on the blog directly, or via direct messages.

Our results show that convergence is conditional on technological capabilities and that this finding is robust to controlling for economic globalisation, resource dependence, institutional qualityand other confounding factors.Finally, in the paper "The evolution of debtor-creditor relationships within a monetary union" we introduce a stock-flowconsistent model of a Monetary Union that features three regions - North, South, and the Rest of the Worl - and that we use to study the endogeneous emergende of Minsky-type boom-bust cycles in the context of the simultaneous presence of investment booms, declining export performanceand mercantilist policies. The model shows how fiscal policy can linder the symptoms, but not address the root causes for these unfavorable dynamics. Any feedback on any of the papers is, of course, highly appreciated.

New Blogpost on pluralism in economics

I have written a blog post in German to summarize our recent paper Pluralism in economics: its critiques and their lessons and to explain why the topic of pluralism in economics deserves our attention. The piece is meant as a contructive contribution to the debate and I am very much looking forward to receive comments (e.g. via this contact form). The blog has been published on Oekonomenstimme.

New Paper on pluralism in economics

The paper Pluralism in economics: its critiques and their lessons has now been published (open access) in the Journal of Economic Methodology. In the paper, Birte Strunk and myself discuss a number of common critiques of pluralism - the claim that the discipline is already pluralist, that if there were a need for pluralism, it would emerge on its own and that pluralism means ‘anything goes’, and is thus unscientific - and provide responses to these claims. The paper is, however, not only meant as a mere refutation of critiques, but as a constructive engagement. And we indeed find some good reasons to take serious the claim that pluralism comes with challenges of communication across scholars and the control of quality. We trace these challenges to an epistemological trade-off between diversity and consensus and sketch some potential reactions to this trade-off, including a transformation of scientific institutions. We would be very happy about feedback on this article and hope that it helps advancing the important debate about pluralism in economics.

EAEPE Kapp Prize for the best published paper in 2019

I am very proud for having received the EAEPE Kapp prize for the best published paper in 2019. Me and my co-authors won the award for our paper Structural change in times of increasing openness: assessing path dependency in European economic integration, in which we studied the effect of economic openness on development trajectories in the European Union. We found that because of the unequal distribution of technological capabilities and the different growth models followed by the member states, increasing economic integration has led to a divergence in several important socio-economic dimensions.